The success of Matryoshkas 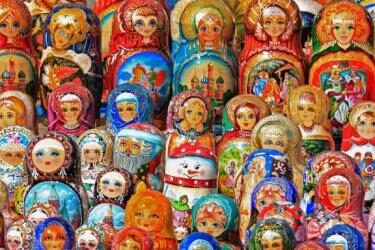 The Matryoshkas are one of the top symbolic crafts in the history of Russian craftsmanship. Their stylishness and subtle uniqueness stick in one’s mind and that’s what makes them so successful in Russia. Image of the Matryoshka is also used in various fabrics and fancy objects like notebooks, linens, keychains, etc. The history of the Matryoshkas is not much old as they were invented at the end of the 19th century. But they got fame real quick and got popularized throughout the world not only in Russia. 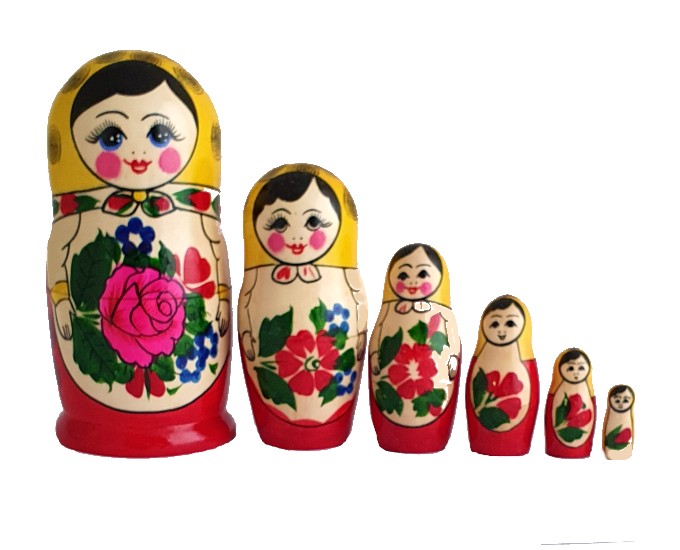 The origins of matryoshkas, at the bridge of two cultures

Matryoshka is the creation of a blend of two cultures: Russian and Japanese. The story begins when a Russian painter named Sergei Malainin brought dolls of decreasing size from his trip to Japan. According to other theories, it is said that a toy store owner Alexei Mamontov had the idea of nesting dolls. No one knows that exact truth, but history remembers that VassiliZvezdochkin has invented the concept of decreasing size dolls that fits into each other. Russian artists and craftsmen represented the Russian culture and tradition on the dolls by crafting mother, a woman of the countryside depicting the authenticity of the country. In the late nineteenth century, Matriona was a quite famous name that revives this idea of the mother, the matron. This is how the Matryoshka Name has come to life,

An elegant object that gets a quick and super success

From the inception of the matryoshkas, some principles are set to follow. For example, the usage of linden wood as the preferred material for crafting matriochkas. For creating matriochkas, there is a need for wood that has good variation capacity, temperature, and humidity. Also, it should have excellent flexibility to support both the upper and lower portion of the matriochkas. One of the main advantages of linden wood is that it is readily available in Russia. Matryoshka can also be dismantled and reassembled and provide new surprises at each doll opening, it becomes extremely popular in Russian families especially in kids. It was presented to the world in Paris at a world fair, and the moment people saw matryoshka, they became a fan of this craft. These nesting dolls won the bronze medal in its first world fair. In the year 1900, matryoshka became a global sensation, and it got happily accepted by the international audience. From this moment, there was no looking back. Heavy demand started popping up, and large-scale production started for crafting matryoshka in SergievPosad. The success of matryoshka generated the interest of Russians in nesting dolls, and they started discovering new techniques to make the craft better. That’s why we currently have plenty of different styles of matryoshka in the market.