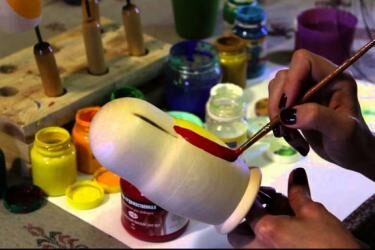 To add uniqueness to the matriochkas, there are three main ways: Shape, Pattern, and Painting techniques. So if in case we need to have the same shape then we need to alter any one of the two left ways. For faces, backgrounds, and ornaments of nesting dolls of matriochkas, different variables or specificity is added to the dolls to provide them a unique touch and individuality. For adding these touches, artists mainly add pictorial illustration on the one hand and different types of painting on the other hand. Earlier gouache was used for crafting the matriochkas but over the years, this trend settled down, and now modern and advanced techniques are used for nesting dolls. The finest matriochkas with good detailing are painted using the tempera technique which is egg-based paint. For better contrast, highlights, and textures, multiple paint techniques like watercolor, acrylic, engraving, and patale are blended to get a better shade and appearance. 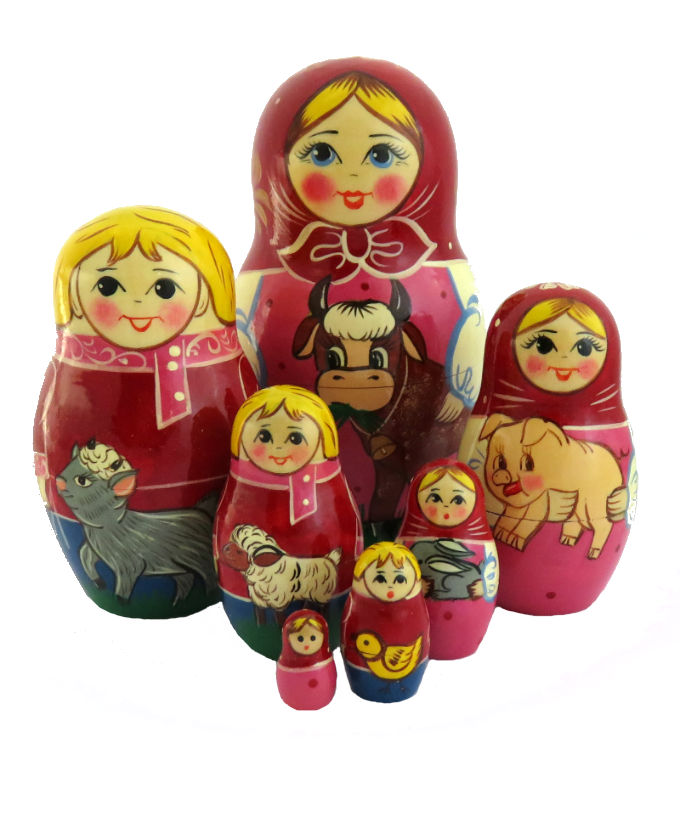 Origins and benefits of oil painting

Oil painting was invented in the Middle Ages somewhere between the 13th and 14th centuries. A famous Flemish painter named Jan van Eyck originated this paint method which is formed by blending the pigments with an oil and have a comparatively better and fat paste of the color. Some theories also suggest that oil painting has been in use for long ages and artists from Afghanistan are using it before the invention done by Jan van Eyck. In the end period of the Middle Ages, oil painting became the first choice of artists and was widely used around the globe. Also in the meanwhile, it had taken a notable position in the history of European painting culture. In the majority of cases, the binder used in oil painting is linseed oil, and in its absence, other oils like walnut oil or poppy seed oil are used. Few other substances are also mixed with the oil paint to speed the process of drying. The main benefit of oil painting is that it takes a long time to dry and which makes the job easy for artists to add better texture and detailing to the matriochkas.

A painting of choice for the creation of matryoshka

Retouching is possible on matriochkas through oil paints and this makes it very special and rare. Also, oil paint makes the matriochkas durable and that’s why oil painting was widely popularized in the 19th century in Russia. The Discovery of the zinc tubes made the possibility to realize the colors beforehand and then transport them to the matriochkas itself. Zinc tube was a big relief and blessing for the artists and it saved a lot of their time while painting. In matriochkas, tempera is mainly used for detailing the faces and other objects, and oil painting is used to paint the decorations with precision. If you touch the matryoshkas that are painted with oil paints; you can feel the certain components and elements that are specifically highlighted.