Matryoshka: What Is Its Sacred Meaning? 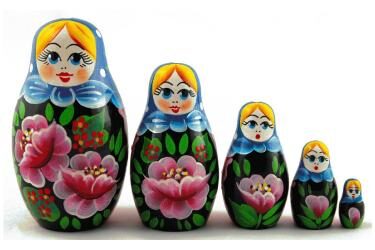 The most popular Russian souvenir- Matryoshka. These are beautifully colored and painted wooden dolls that catch everyone’s eyes. They are also popular as Russian nesting dolls. The most interesting fact about these dolls is their ability to fit within one another. Each stacking doll parts fifty-fifty at the midriff and opens to uncover another more modest doll settled inside. Each Matryoshka is made with high precision and attention; thus, it is remarkable: you can not discover two Matryoshka identical. Matryoshkas, the ultimate Russian dolls, are symbolic representations of this immense country. The traditional design and pattern of these eye-catching dolls symbolize several fairytale scenes. Notwithstanding, their shadings additionally have a significance to be found. What is the history of this Matryoshka and the symbolism of its colors, and the numbers associated with it? Let’s find out all its secrets. 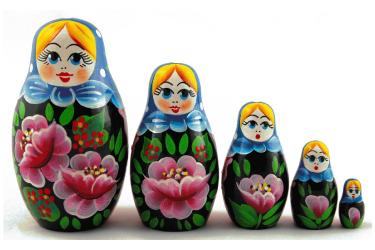 The story of Matryoshka began when Sergei Malioutine got inspired by Japanese wooden dolls representing the Shichi-fuku-jin. These dolls represent the seven deities of happiness in mythology. The largest of the dolls bore the effigy of Hotei, which is a bald god. It ensured longevity and prosperity to its owner. The other holiness also provided material goods, protection, knowledge, and even good health. To produce the first series of Russian Matryoshka, Malioutine called on Vasily Zvezdochka, a very famous craftsman. And their imagination took place in the form of 8 dolls. The first represented a girl with an apron, five peasants, a Russian boy, and a baby.  In the year 1900, it was taken to the World’s Fair in Paris, where it won a bronze decoration in the toy division. After this, the popularity of these nesting dolls increased, and now they are manufactured in many parts of Russia. Now they are exported not only nationwide but worldwide also.

The sacred dimension of the Matryoshka

Each of the seven figures represents a layer of subtle bodies and powerful aura that are not visible with naked eyes. It is the description of the seven layers of life, starting from the most trivial to the most ethereal. And each individual gets the challenge to reach the most subtle layer.

There are seven shells:

To distinguish the phases of life, the dolls are painted and finished by the colors according to chakras in the Buddhist practice. These are additionally the shades of the rainbow, which is clearly no fortuitous event. You will find them from red to purple. Each color has a significant meaning. Let us find out the meaning. Nizagara https://peteruncagedmd.com/nizagara/

It will not be wrong to say that Matryoshka dolls are something to look at and praise the art. It is a handmade item, which addresses in excess of a female figure. It has a story, emotions, encounters. Each Matryoshka is remarkable, like every individual. Every individual has their Matryoshka. Today this emblem is less marked, but it remains the legacy of an antiquated tradition from Asia.